The continents are the divisions of the terrestrial space elaborated by man to better understand it. These are large land masses that are separated by the oceans. Thus, according to the current division, there are six main continents: America, Europe, Africa, Asia, Oceania and Antarctica.

Next, we will see the characteristics of each of the continents, organized from the largest to the smallest (click on the names of each continent for more details):

1st Asia – In addition to being the largest of the continents, it is also the one with the largest population on the planet. Its total area is almost 45 million km² and the current population is estimated at 4.5 billion people. It is in Asia that we find the highest point in the world, Mount Everest, with 8,848m high.

Among the 53 countries that are part of Asia, we can mention: China, India and most of Russia. It also contains a region that presents the most conflicting political relations in the world: the Middle East.

2nd America – The second largest continent in the world, with a total area of ​​42 million km², is generally divided into three parts: North America, South America and Central America. Another division form separates the continent between Anglo-Saxon America and Latin America. The total population of that continent is estimated at approximately 1 billion inhabitants.

The continent we live in, America

Among the 35 countries that make up America, we can mention: United States, Mexico and Canada, in North America; Haiti, Cuba and Jamaica, in Central America; Brazil, Argentina and Paraguay, in South America.

3rd Africa – The African continent is one of those with the greatest number of ethnic groups in the entire planet. Before colonization by Europeans, there were more than two thousand different civilizations! Its territorial extension is over 30 million km² and the population is estimated at 1.2 billion inhabitants. See more countries and population details on Countryaah.

It is the continent that has the largest number of countries: 54, in total. Among them, we can highlight Egypt, Tunisia, Nigeria and South Africa.

4th Antarctica (Antarctica): also called “South Pole”, it is the fourth largest continent in the world, with approximately 14 million km². Its area is divided among several countries in the world, which carry out research and scientific studies.

Contrary to what many people imagine, this continent is formed not only by ice, but also by a large amount of land (unlike the North Pole, which is formed only by polar caps). There is life in Antarctica, which houses the famous Penguins, among many other species that can resist the extreme cold!

5th Europe: despite being one of the smallest continents in the world, Europe is the most important politically. It was from it that the capitalist system and its economic, social, political and cultural values ​​were constituted and expanded. The sciences are also, for the most part, from that continent, because it was there that the Greeks created Philosophy.

Its territorial extension is over 10 million km² and the population is approximately 800 million inhabitants.

Among the 49 countries that make up Europe, we can mention: England, Germany, France, Portugal, Spain and many others.

6th Oceania: it is called by the Europeans a “brand new world”, as it was the last place on Earth to be colonized by them. It has 14 countries spread over more than 8 million km². Most of them are formed by archipelagos (set of islands). The total population of that continent is approximately 40 million people.

Among the countries that are part of Oceania, we can highlight Australia, New Zealand and Tahiti.

Curiosities about the continents:

– There is only one city in the world that is found on two continents, it is the city of Istanbul, located in Turkey. It is located on the European and Asian continents

– In a remote past, before men existed, the continents were just one: the Pangeia, which, thanks to the movements of the Tectonic Plates, divided and originated the current continental portions.

– The North Pole is not a continent, as there is no strip of land, only ice.

– The name “America” was created in honor of Américo Vespúcio, as this was the first navigator to discover that this continent was not part of Asia, as Europeans imagined. 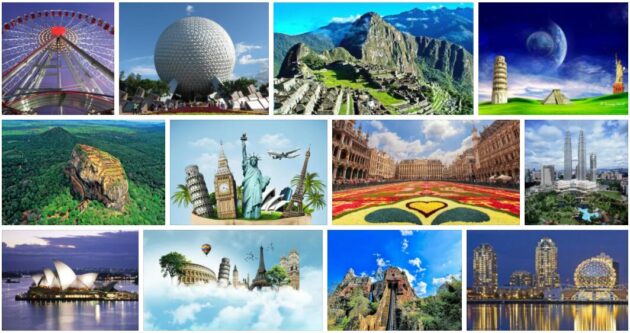 The 50 countries with the lowest external debt in the world