According to Article 1 of the Kosovar constitution, which came into force on June 15, 2008, the country has the form of a parliamentary democracy. The president acts as head of state and has essentially representative functions. The government exercises most of the executive functions of the state and is composed of the prime minister, the deputy prime ministers and the specialist ministers. The Kosovar parliament (Kuvendi i Kosovës / Skupština Kosova) represents the legislative power and is elected by direct elections for four years.

According to EZINERELIGION, the Kosovar constitution is particularly in the light of the so-called Ahtisaari plan(officially: Comprehensive Proposal for the Kosovo Status Settlement) to see and interpret. In Article 143 it contains an explicit reference to the Ahtisaari Plan. Accordingly, the Constitution and other legal norms are intended to be consistent with the provisions of this document. In case of doubt, the proposal takes precedence. In addition to many provisions on democracy, the rule of law and multiethnicity, which are similarly found in the constitution, the Ahtisaari plan provided for the following important points: The international community had the International Civil Representative (ICR), who was also the special representative of the EU was, a right of veto in the legislative process; it was monitored by an international steering committee.

The plan also envisaged the establishment of a European Judicial State Mission (EULEX) to work in the areas of justice, police and customs. In addition to the ongoing military presence of NATO (KFOR) with currently around 3,500 soldiers stationed from 28 nations (as of May 2019), the Ahtisaariplan allows Kosovo to build a lightly armed army. These international missions with executive competence, supplemented by international representatives in other politically sensitive areas of the Kosovar state (such as the privatization agency, among others) formed the core of the concept of “supervised independence” and restricted the sovereignty of the new state. This supervised independence officially ended with the termination of the mandate of the ICR on September 10, 2012, whereby the sovereignty over the legislation de jure was completely transferred to the Kosovar parliament. Other executive mandates, like that of EULEX (which ended in 2018), continued for a few years.

The redistribution of the communities against the background of extensive decentralization also goes back to the plan. With this reform, the Serbian minority at the local level was given the opportunity to cooperate with Serbia in certain political areas. The state structure of Kosovo, which is based on the Scandivan model of local self- government and has only two levels of government – central and local – provides for a strong role for local authorities and is based on the European Charter for Local Self-Government.

The Kosovar Parliament(Kuvendi i Kosovës / Skupština Kosova) with its seat in Prishtina represents the legislature as the highest institution directly legitimized by the people and is based on Articles 63 to 82 of the constitution. The parliament has 120 seats, 20 of which are reserved for minorities; 10 seats for representatives of the Serbian minority and 10 seats for representatives of other minorities. The main task of parliament is to decide on legal acts and amendments to the constitution. In addition, the parliament decides on the budget and ratifies international treaties. Its electoral function consists in particular of electing or voting out the President, Vice-President and the government. Parliament also has control rights. Parliamentary elections take place every four years. Votes are regularly decided by a simple majority of the members present. Members of parliament have immunity. Details on the composition of Parliament are also given in the section Elections below. 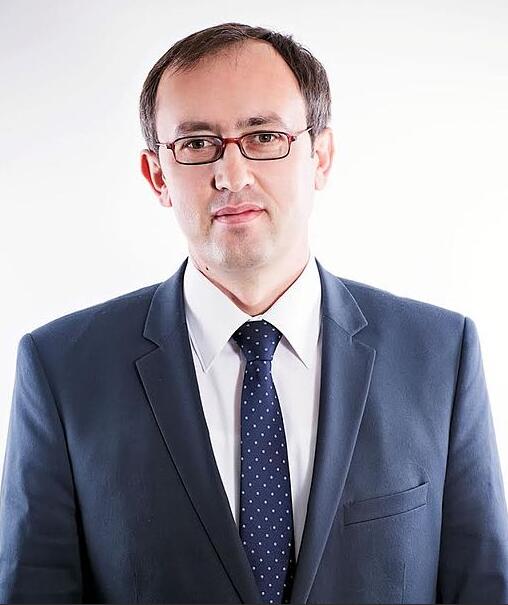 The executive branch consisted of the president on the one hand and the government on the other. The President is the head of state of Kosovo and essentially has representative tasks. In addition, the President promulgates laws passed by parliament, but with the right to refer laws back to parliament for renewed debate and examination. De jure, the President is in charge of foreign policy and is the Supreme Commander at the head of the Kosovar armed forces. The President is elected by parliament by secret ballot with a two-thirds majority for a term of five years, with the possibility of one re-election. Currently, the office is temporarily held by the President of Parliament, Vjosa Osmani-Sadriuexercised. Former presidents were Ibrahim Rugova (1992 and 2002-2006), Fatmir Sejdiu (2006-2010), Behgjet Pacolli (2011), Atifete Jahjaga (2011-2016) and Hashim Thaçi (2016-2020). In the internationally unrecognized Republic of Kosovo, it was Ibrahim Rugova who won the presidential elections in 1992 and 1998, making him the first Kosovar president. In 2002 and 2005 Rugova was re-elected president. Fatmir Sejdiu was the first successor to Rugova, who died in 2006. In 2010 Sejdiu resigned after the Constitutional Court declared the unification of the presidency and the party chairmanship (in this case the chairmanship of the LDK) to be unconstitutional. The President of the Parliament Jakup Krasniqi acted as interim president for a period of five months. The election of the industrialist Behgjet Pacolli as president on February 22, 2011 was declared non-constitutional and therefore invalid by the Kosovar constitutional court 35 days after the election. On 26.Ç K leader Hashim Thaci for the 5th President of Kosovo elected. Thaçi achieved the necessary (simple) majority in the third ballot with 71 votes and took over the office of predecessor Atifete Jahjaga on April 7th. The opposition at the time did not take part in the vote. Due to the indictment by the Special Court for Kosovo and the subsequent transfer to Holland, President Thaçi resigned from his post in November 2020. Until the election of a new president, which will only take place after the new parliamentary elections in early 2021, the office was temporarily taken over by the parliamentary president Vjosa Osmani-Sadriu.

The government of Kosovo consists of the Prime Minister, the currently two Vice Prime Ministers and the current 15 ministers. After the parliamentary elections, the Prime Minister is chosen by the MPs with a simple majority on the proposal of the President. At least two of the ministerial posts are reserved for minorities, one for the Serb minority and one for other minorities. In the event that the total number of ministries exceeds twelve, another ministerial office is to be assigned to a representative of a minority population. In addition, at least four vice ministerial offices must be reserved for minority representatives. The state administration should also reflect the ethnic diversity of Kosovo. Albin has been leading Kurti since February 3rd, 2020 as Prime Minister the government, which was based on a government coalition of VV, LDK and the 10 representatives of the non-Serb minorities. The Serbian list had two ministers in the government, but was not officially part of the coalition. Kurti succeeded Ramush Haradinaj who led the government as Prime Minister from September 2017 to February 2020 (from July 2019 only executive). His cabinet consisted of 15 ministers, a significant reduction from the Haradinaj government, which had been criticized for its 21 ministers and enormous, unknown number of vice ministers. The proportion of women ministers had increased from 2 to 4 in the previous government. After the LDK toppled the Kurti government on March 25 with a vote of no confidence, a new government chaired by the former Deputy Prime Minister and LDK Vice-Chairman Avdullah Hoti was elected on June 3, 2020. The new government coalition consists of the LDK, AAK, NISMA, SL and representatives of the minority parties. The Hoti government consists of 20 ministers, including 4 women.

On December 21, 2020, the Constitutional Court ruled that the election of the Hoti government had come about illegally and ordered new parliamentary elections, which are expected to take place in February 2021.