The Marshall Islands were probably colonized from the middle of the second millennium BC. of Melanesian people groups, such as introduced pottery of lapita nature (compare lapita culture). However, as in Polynesia, the ceramic tradition died out after the initial stage. 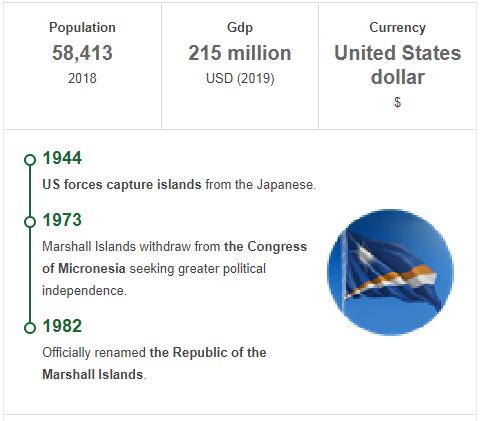 In 1979, the Marshall Islands gained internal independence and 1986 full independence, though with voluntary association with the United States. In the search for alternative sources of income, in 1996, Marshall Islands President Amata Kabua (1928-96) presented the proposal that the Marshall Islands should make available an atoll for final storage of other countries’ nuclear waste. The project could raise money for the continued decontamination of radioactivity on the islands of Bikini and Enewetak.